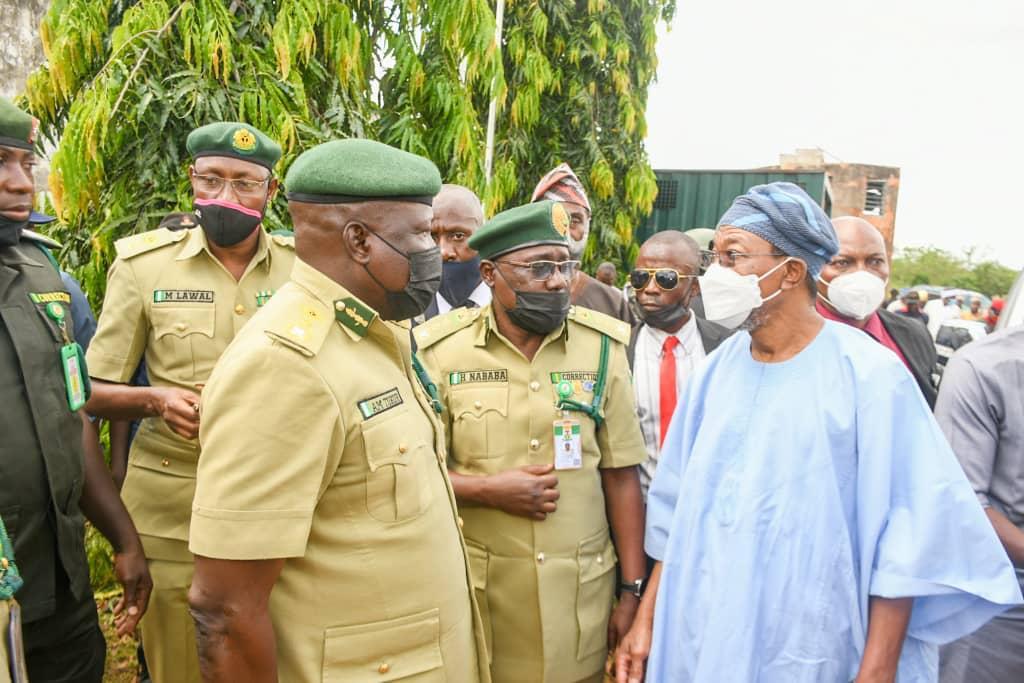 The Minister of Interior, Ogbeni Rauf Aregbesola, Sunday, vowed to pursue and recapture all inmates who escaped from the Abolongo Custodial Centre of the Nigeria Correctional Service, NCoS, on Friday night during a vicious attack on the facility by yet to be identified gunmen.

The minister gave the assurance, while making an inspection visit to the facility in Oyo, Oyo State.

He said: “The spate of attacks on our custodial facilities, the last of which occurred here on Friday night calls for serious concern, first in our society and secondly on your professionalism. This is unacceptable and we are saying enough is enough.”

“I’m assuring Nigerians that the Federal Government will pursue not just those who attacked our facility, but those who have escaped lawful custody.”

“The attack was unconscionable, I commend officers of the Nigeria…