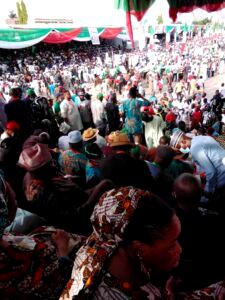 When in 2017, governors elected on the platform of the Peoples Democratic Party, PDP, led by the Rivers state governor, Nyesom Wike handpicked their choices to serve in the then National Executive Committee, NWC, of the party, few imagined how far they could go in the future.

Four years on, the governors have literally taken over the party as they are now, without doubt, the sole determinants of who gets what, when and how.

From the get-go, the 13 governors made it clear they weren’t interested in a fierce political contest but in a consensus arrangement that would see them pick the 21-man national officers’ list to serve the party in the next four years.

However, It took Benue state…