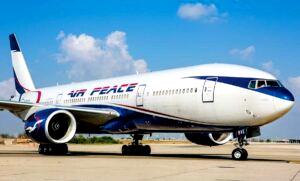 Air Peace airline is to refund fares to passengers who paid for a special flight arranged by the airline for the official opening of the newly constructed Anambra International Cargo and Passengers Airport, Umueri, Anambra State.

This is due to the federal government directive that the official opening of the newly constructed airport to commercial flights should be postponed due to security reasons.

Meanwhile, the Governor of Anambra State on Saturday declared the airport “opened”.

Air Peace had made special arrangements to fly passengers who wanted to witness the opening ceremony.

Sources also said that the order to suspend the opening was also due to ” the reservation expressed by the Nigerian Civil Aviation Authority, NCAA, over the readiness of the facility.

“However, as at press time, NCAA has declined to comment on the development.