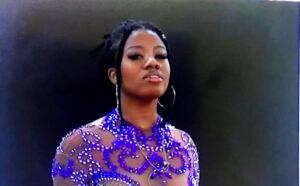 Agnes Smith, better known as Angel, a former Big Brother Naija Housemate (21) has cleared the air on people’s misconception about her time in the house, her personality, her family and of course, her lifestyle. She was particularly known for her feisty sexuality which she consistently flaunted on the show.

“I am not responsible for anyone’s perception of me. People are going to believe what they want to believe. I would however like to state that nothing I do is for male validation; I dress sexy because I love to feel sexy,” she said in an interview with Potpourri.

She said far from the image she portrays she’s single and not ready to mingle and added that she has a cordial relationship with all the Housemates.

On her opinion on Tiwa Savage’s sex tape, she said, “ We live in a society where celebrities are dehumanized, she made a mistake and that’s…