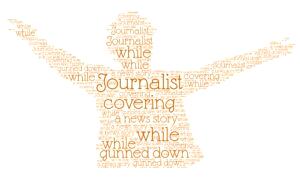 As Nigeria joins rest of the world to mark 2021 International Day to End the Impunity for Crimes Against Journalists, the European Union, EU, Tuesday, revealed 44 journalists killed in 2021.

This was made known by EU Delegation Representative, Wynyfred Egbuson, during a media roundtable with theme ‘Countering threats of violence against Journalists in Nigeria: The role of CSOs and other non-state actors’ to commemorate the Day in Abuja.

Egbuson said: “UNESCO has reported an increasing number of attacks and threats against journalists. 44 journalists have so far been killed in 2021, many more are attacked, unlawfully imprisoned, or missing leaving their families awaiting news of their faith, sometimes for years.