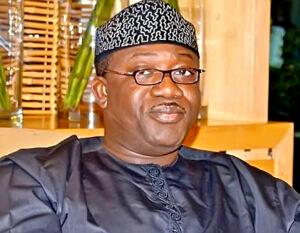 Except for those who are not politically discerning enough, it is crystal clear to those who can smell the political tea leaves in Ekiti State that the wife of the incumbent governor, Erelu Bisi Fayemi, wants someone from Ekiti Central Senatorial District, to succeed Governor Kayode Fayemi against natural justice, equity and inclusiveness.

While the governor reserves the privilege to support a candidate of his choice as he is entitled to such prerogative being the leader of the All Progressives Congress(APC) in the state as it relates to the gubernatorial election in 2022, it is morally incumbent on some of us commentators and also interested partisans to also inform him that in exercising this prerogative of his, he should not fail to learn from the experience of some who have trod the self-destructive path he wants to follow now in the past. Those who fail to learn from history are bound to repeat it, as the saying goes.