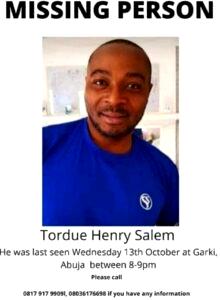 THE Nigeria Union of Journalists, NUJ, yesterday, urged the Federal Government to prevail on security agents across the country to stop allowing themselves to be used to suppress, oppress and intimidate journalists in the country.

The call came at an event organised by Safety and Security Watch, in collaboration with the NUJ, Lagos Council, in Lagos, to mark this year’s World Day to End Impunity for Crimes Against Journalists.

The Lagos Council Chairman of the union, Mr. Adeleye Ajayi, through the Vice-Chairman, Mrs. Abiola Beckley, at the event, said: “Cases of killed and missing journalists are becoming more worrisome.

“A few days ago, the NUJ in the Federal Capital Territory, FCT, staged a peaceful protest at the Force Headquarters for the safe return of the missing journalist, Tordue Henry Salem of…