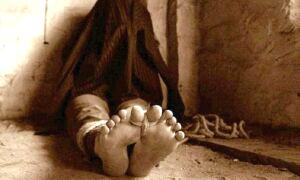 A housewife, Memunat Salaudeen, was Monday arrested by operatives of Ogun State police command for planning with three others to kidnap her husband.

The suspects, according to a statement by the command’s Public Relations Officer, Abimbola Oyeyemi, were apprehended along Papa/Itori Road when men of the Federal Highway patrol team, led by Inspector Sunday Imohiosen, were on stop and search duty.

Oyeyemi said: “The team accosted three young men namely, Olayinka Lawal, Asungba Nura and Usman Oluwatoyin, whose looks were highly suspicious on a motorcycle and stopped them for search.

READ ALSO: I am coming for you, housewife warns 2 side chicks

“While searching them, a cutlass and a new rope were recovered from them.

“The police team then questioned them individually about their mission in that area with a rope and cutlass, with the three of them giving different answers to the question.

“That further aroused the suspicion of the…