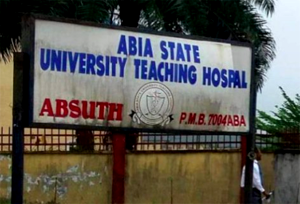 The action followed expiration of warning strike issued by JAC to Abia Government via a letter dated Oct. 20, and acknowledged by the government.

Mr Samuel Kalu, the Chairman of JAC, told the News Agency of Nigeria (NAN), on Wednesday in Aba, that organised labour in ABSUTH resolved to embark on the strike as government did not meet their demands.

The letter made available to NAN was signed by representatives of the unions.

The letter states inter alia: “We the Joint Unions of ABSUTH under the Joint Action Committee…