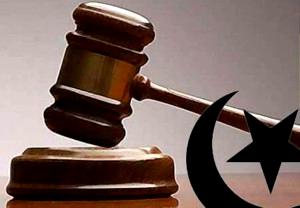 A Sharia Court sitting in Magajin Gari, Kaduna State, on Monday ordered a businessman, Mustapha Yusuf, to refund N1.2 million to his friend, Adamu Muhammad, for breach of trust and cheating.

Yusuf was arraigned on a two-count charge of breach of trust and cheating.

He added that the defendant should pay N5,000 to the court’s registry as fine.

Earlier, Yusuf told the court that Muhammad gave him N1.5 million and he had paid N300,000 to him and wrote an undertaking to pay N200, 000 in December as draft an agreement to pay off the balance later.

The prosecutor, Insp Ibrahim Shu’aibu, had said that investigations revealed that in February 2012, the complainant, Muhammad,  gave N1.5 million to the defendant to invest in a business and both parties agreed to share the profit monthly.