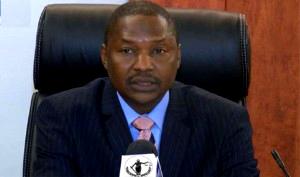 String of subdued protests greeted a smart move by the Chairman of the House of Representatives Committee on Justice, Hon. Ugonna Ozurigbo to prevent Abubakar Malami (SAN) from discloing the whereabouts of recovered loots and the actual amount involved.

Malami, the Minister of Justice and Attorney-General of the Federation, AGF, had appeared before the Committee to defend the ministry’s 2022 budget estimates.

Done with the presentation, some lawmakers took turn to ask questions on the current status and the exact amount of recovered loots.

First to speak in that direction was Hon. Chinyere Igwe (PDP, Rivers). He said that the record needed to be set straight on the matter in view of the controversy surrounding its custody.

Igwe also enquired to know why Nigeria was paying hugely on consultancy services on the Paris Club refund.

He said: “There are…