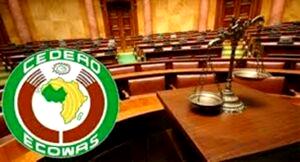 The Economic Community of West African States (ECOWAS) has resolved to maintain the sanctions it imposed on Guinea, while imposing similar ones against the Transitional Government in Mali.

The resolution was part of the outcomes of the ECOWAS Extraordinary summit of the Authority of Heads of State and Government held on Sunday, in Accra, Ghana.

Laolu Akande, Senior Special Assistant to the President on Media and Publicity, Office of the Vice President, said the summit was convened to review the political situations in Guinea and Mali.He said a communique was issued  at the end of the 3rd Extraordinary Summit on Guinea and Mali attended by Vice President Yemi Osinbajo, who represented President Muhammadu Buhari.

“The authority decided to uphold the suspension of the Republic of Guinea from all ECOWAS governing bodies, as well as the travel ban and freeze on financial assets imposed on the members of the CNRD…