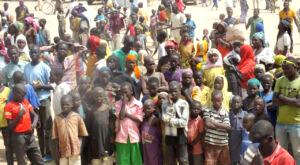 *Urges FG to resettle them to boost food production

Christian Association of Nigeria, CAN, has decried the condition of the 1.5million Internally Displaced Persons, IDPs, in Benue State and urged the Federal Government to take urgent steps to resettle them in their communities to enable them return to their farms.

Chairman of CAN in Benue State, Rev. Akpen Leva, who raised the concern, yesterday, during a media briefing in Makurdi,  lamented that the suffering of the IDPs, who had remained in the camps for over three years after being sacked from their ancestral homes by armed herdsmen, should be a source of concern to the Federal Government.

READ ALSO: IDPs in Nigeria increased by one…