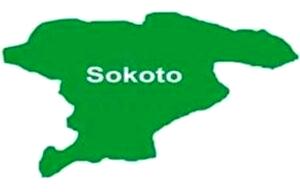 The Senate, on Tuesday, was informed that bandits have taken over villages in Sokoto State, killing many and levying others for as high as N20 million.

The attention of the upper chamber was drawn to the incident by Senator Ibrahim Gobir through a point of order during the start of plenary.

He also informed the Senate of the killing of over 120 persons by the bandits at the Gorony Market in the state.

The Senate then held a minute silence to mourn the 120 Nigerians killed.

READ ALSO: Senate observes a minute silence for over 120 people killed by bandits in Sokoto market

According to the lawmaker, the massacre of the victims by bandits occurred on Sunday.

Coming under Order 43 – Personal Explanation – of the Senate Rules, Gobir said: “On Sunday, October 17, Gorony Market was attacked and about 120 people killed.

“The terrorists came to the market and started shooting every person they saw.”

He further disclosed that the…

Lagos community thrown into confusion as 8 children die inside vehicle