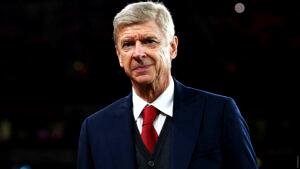 Former Arsenal boss Arsene Wenger has revealed he is still open to returning to management.

Wenger has not held a coaching role since his 22-year reign with the Gunners came to an end in 2018. The 72-year-old currently serves as FIFA’s head of global football development and that role remains his priority for now.

But at the premiere of the film ‘Arsene Wenger: Invincible’, the Frenchman suggested he had not ruled out the possibility of returning to the dugout at some stage.

“I’m crazy, I’m crazy enough to be crazy and to make a crazy decision,” Wenger said.

ALSO READ: QATAR 2022: Musa, 20 others train in Tangier, ahead of Nigeria, Liberia clash

“But overall I would say no, I am determined at the moment not to do it.

“Maybe a national team at some stage for a term but at the moment I am involved in projects with FIFA and want to get to the end of it.