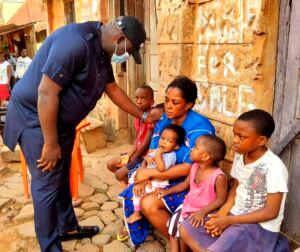 …Assures her of justice

Governor Ifeanyi Ugwuanyi of Enugu State has assured the woman, Mrs. Augustina Ifebuchechukwu Eze, whose 7-year-old son was allegedly killed by her husband, Chidi Onyishi, for money ritual that the state government will do everything within its power to ensure that she and her children do not suffer.

Speaking when he led a delegation from Gov. Ugwuanyi to commiserate with the mourning woman and her children, the Special Adviser to the Governor on Information, Steve Oruruo stated that the state government will stand vigorously behind them to overcome the shock and mitigate their suffering.

Oruruo who disclosed that the governor was saddened by the news of the unfortunate incident, condoled with the woman and her children and prayed for the repose of the slain child’s soul, stressing that the act perpetrated by the father of six (her husband) was “unimaginable and unthinkable by all…