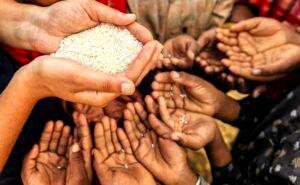 •What police told a man who brought thief to station

•How a female victim escaped rape

When the ruling All Progressives Congress, APC, unveiled ‘Next Level’ as its slogan during the 2019 presidential elections, Nigerians didn’t expect to experience a devastating next level characterised by bloodshed, violence and diverse societal ills.

Truth is, before ‘Next Level’ was fully activated on Wednesday, May 29, 2019, Nigerians have been experiencing diverse shades of evil but not in the dimension or enormity as witnessed in the present day. There has been, not just an overwhelmingly sharp increase in the rate of stealing in the country but, the manner in which it is perpetrated and the items targeted are completely wearing new faces. These are pointers to the harsh economic realities dealing with the poor masses. It is also, the reason Nigeria earned tags such as, poverty headquarters of the world.

While high profile crime such as…