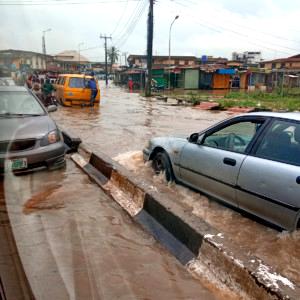 Lagos State Government has concluded plans to shut Akowonjo/Egbeda road, by Jimoh and Akinremi Streets to pave the way for construction of the ongoing de-flooding drainage project along the axis.

The traffic will however be diverted during the three days closure.

In a statement by Commissioner for Transportation, Dr. Frederic Oladeinde, Akowonjo road will be cordoned off by Jimoh/Akinremi junction for drainage works, adding that the process will eliminate flooding of Akowonjo road definitively.

Giving travel advisory, Oladeinde stated that alternative routes have been mapped out for motorists to utilize during the course of the maintenance works.