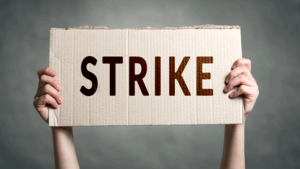 •NAATS warns lumping it with other unions

Non-teaching workers in the universities yesterday threatened to resume their suspended strike, if the federal government does not reverse the sharing formula for the N22.127 billion Earned Allowances approved for the four universities-based unions.

Recall that the Federal Government had in the sharing formula, alloted 75 percent of the N22,127 billion to the Academic Staff Union of Universities, ASUU and the remaining 25 percent to the Non-Academic Staff Union of Educational and Associated Institutions, NASU, the Senior Staff Association of Nigerian Universities, SSANU and the National Association of Academic Technologists, NAAT.

While the three non-teaching unions have rejected the sharing formula, NAAT has called on the government not to lump its share with any other union.

Speaking at its National Executive Council, NEC, meeting in Abuja, the President of NASU, Dr Makolo Hassan, decried the…