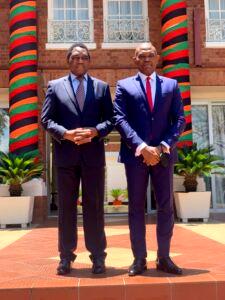 During the visit, President Hichilema thanked Elumelu for his philanthropic support around Africa and his involvement in enhancing the economy of Zambia through the UBA and the Tony Elumelu Foundation in Lusaka, Zambia.