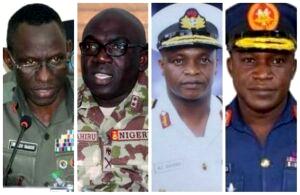 By the time the dust of the battle settled, Commander of the Nigerian Army Special Forces operating in the area, Brig-Gen Dzarma Zirkusu, and three of his men lay dead.

Several other soldiers were injured, some critically.

The terrorists were said to have arrived the area with massive arsenal of movable weapons and high caliber equipment with which to overrun troops but troops stood their ground.

Confirming the killings, Director, Army Public Relations, Brigadier General Onyema Nwachukwu, said, “In the fierce encounter, which is still raging as of the time of filling this report, troops, supported by the Air Component of OPHK, have destroyed five A – jet…