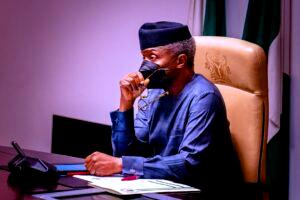 A support group within the ruling All Progressives Congress APC, the Progressive Consolidation Group PCG has dismissed reports that Vice President Yemi Osinbajo has opened a campaign office ahead of the 2923 Presidential Election.

Publicity Secretary of the group, Barr. Emmanuel Pippa who disclosed this in a statement issued Sunday evening in Abuja said it was his group that opened a campaign office for the vice president, with the hope of getting him vie for the top job in the country.

The statement reads; “Our attention has just been brought to online publications alleging that the Vice President, Professor Yemi Osinbajo, has opened a campaign office in Abuja ahead of the 2023 elections.

“We wish to clarify that the said office belongs to our coalition of support groups which strongly believes in Professor Osinbajo as the leader Nigeria needs in 2023, and is…