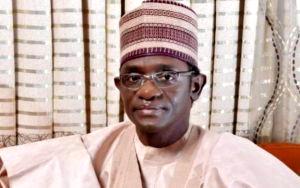 Disturbed by Sunday’s pronouncement of a youth group in Kaduna dissolving the Gov. Mai Mala Buni-led Caretaker Extraordinary Convention Planning Committee CECPC of the ruling All Progressives Congress APC, the APC Rebirth Group, otherwise known as Concerned APC Stakeholders, has said the battle to get the CECPC out of the way must follow all laid down rules of the party.

The Progressive Youth Movement led by a former governorship aspirant in Kogi state, Mustapha Audu had at the end of its Northwest town hall meeting in Kaduna on Sunday announced the dissolution of the Buni-led CECPC, adding that it would put in place a committee which would conduct the party’s national convention by February 2022.

However, the APC Rebirth Group in a statement signed by one of its leaders, Engr. Aliyu Audu said while it agrees with some of the sentiments raised by the youth movement, it would not tackle illegality with illegality.