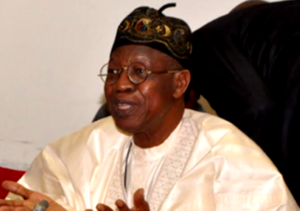 The Minister of Information, Alhai Lai Mohamed, has dismissed the report submitted by the Lagos State EndSARS panel on Police Brutality as a hoax, which did not follow the evidence at hand.

READ ALSO: Endsars panel report: ‘I was attacked, cut like a thief’ — WITNESS

The minister made the position of tge government known at a news conference in Abuja on Tuesday.

Mohammed said it was shocking that the same allegations made by Nigerians were merely compiled and submitted as a report by the panel set up to investigate the claims of police brutality.
“It is an intimidation of the majority by a minority,” Mohammed submitted.