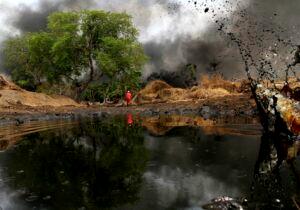 The National Oil Spill Detection and Response Agency (NOSDRA) says it has rolled out strategies to tackle incessant oil spills in communities in the Niger Delta.

NOSDRA Director-General, Idris Musa, disclosed this at a one-day Community-based Disaster Risk Reduction (DRR) plan on Tuesday in Port Harcourt, organised by NOSDRA to create awareness on the dangers of pipeline vandalism.

Represented by Mr Oladipo Obanuwa, NOSDRA’s Director, Asset Safety and Mitigation, Musa said the new strategy involves the deployment of its DRR plan to all states in the region.

“The DRR plan was first carried out in Bayelsa state in 2014, and will now be replicated in other oil-producing states and transit states.

“The plan was developed by NOSDRA to create and sustain an interface with stakeholders that hitherto has not been effectively engaged in the effort to curb pipeline vandalism.

“Even though crude oil spills can sometimes occur from failure of equipment, pipeline…