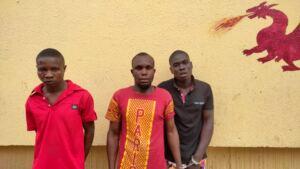 Vanguard gathered that Dr Edmund Akpaikpe who was kidnapped on Sunday in Bakassi while dropping off his maid at Esigi village regained freedom after Anti Kidnapping &Cultism Squad AKCS (Dragon)were closing in on the kidnappers around the location where he was kept in the forest at about 2:00 am on Tuesday.

According to a security source who pleaded anonymity after actionable intelligence was provided, Anti Kidnapping and Cultism Squad ( Dragon) led by SP Abdulhameed Awodi swung into action combing the area, when they realized they could be apprehended they let Dr Edmund after they were given a hot chase.

Vanguard findings also showed that while chasing the criminals, they also abandoned the victim’s vehicle a black Toyota Camry with REG AAA 564…