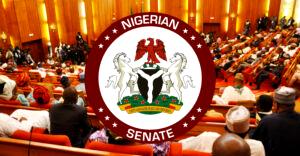 The Nigerian Senate Committee on Judiciary, Human Rights and Legal Matters have endorsed the Dr. Nabo Graham Douglas campus of the Nigerian Law School in Port Harcourt, Rivers State, noting that it would drive employment opportunities.

The committee spoke in Port Harcourt Tuesday after inspecting ongoing construction work at the campus as part of their oversight function.

The team was conducted round the project site by the Rivers State Governor, Chief Nyesom Wike, first to the staff quarters beside the Hotel Presidential and then to the Law School campus at Rumueme.

Speaking, Chairman of the committee, Senator Michael Opeyemi Bamidele, said expressed happiness with the projects, noting that their colleagues in the Senate, including the leadership of the Senate who have invested so much trust and put them in charge of the committee were waiting to hear from them.