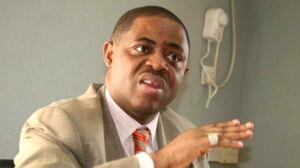 A former Aviation Minister and chieftain of the ruling All Progressive Congress, APC, has cleared the air on the recent invitation by the Economic and Financial Crimes Commission, EFCC, saying he is not above the law neither does joining the Ruling APC gives him immunity over arrest or detention.

Vanguard had earlier reported how EFCC invited the former minister and how he honoured the invitation at the Lagos office of the anti-graft agency before he was granted bail on self-recognition.

Reacting to the invitation and some stories in a section of the media, Chief Fani-Kayode noted via his social media handle that joining the APC doesn’t give him immunity and that APC doesn’t shield those found culpable of any offence.

Fani-Kayode who took the time to take a swipe at his critics accuses them of hate and peddling fake news.

He wrote, “I pity those that said I was arrested….