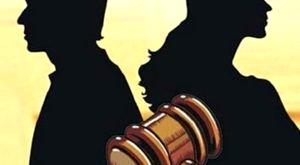 The petitioner told the court that his wife, Rashidat, was promiscuous.

“I saw messages of her adulterous acts on her WhatsApp chats with her lovers, she
meets with them at different locations.

“She told one of the men that she is a single mother and stays with her sister.

“I transferred all the chats into my phone as evidence,” she said.

The plaintiff said that his wife was lazy and hardly cooked for the family.

According to him, Rashidat also lacks respect for his parents.

He told the court that he no longer loved his wife.

“Please, end our marriage, I can no longer keep her under my roof,” he said.

However, Rashidat denied all the allegations but consented to the dissolution of the marriage.