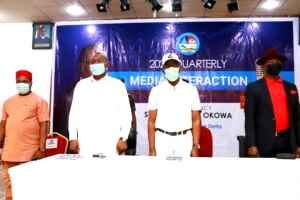 Delta State Governor Dr. Ifeanyi Okowa, has called on Nigerians to take the COVID-19 vaccines, saying that vaccination was safe and that no death had been recorded as a result of administration of the vaccine in the country.

Okowa made the call at his quarterly interaction with journalists on Tuesday in Asaba.
READ ALSO:Nothing can stop state police —Govs

He said that it had become very imperative for Nigerians to embrace vaccines, especially with the Omicron and Delta variants currently ravaging the world.