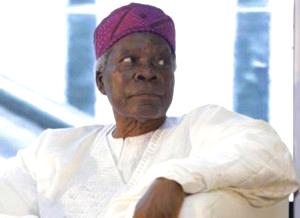 Also, the Chairman of NINAS, Professor Banji Akintoye, has left his chairmanship role in the organization with immediate effect.

In a statement signed by Prof. Akintoye and made available to Vanguard on Tuesday, leaders of Ilana Omo Oodua said it is very imperative, sacrosanct, and germane for the Yoruba bloc to quit the Alliance in order to preserve the integrity and reputation of the Yoruba Nation agitation for Self-Determination.

The statement reads “In the light of the current development in the Yoruba Self-Determination struggle, especially, in Ilana Omo Oodua, it has become very necessary for the Yoruba people to dissociate themselves from the Alliance known as NINAS with immediate effect.

“It is our well-considered opinion that some of…