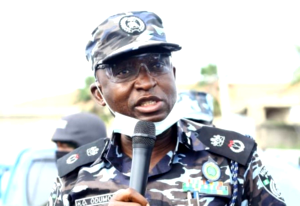 The Lagos State Commissioner of Police, Mr Hakeem Odumosu on Tuesday warned police officers and men against being used to intimidate or harass innocent citizens.

He admonished officers and men to take their personal safety as a priority and be security conscious at all times.

Odumosu also warned police officers attached to companies, organisations, agencies or those serving as escorts to VIPs against performing illegal duties or travelling outside the state without permission.

The police boss further warned officers and men to stop acts that demeaned them and were capable of dragging the image of the police in mud.