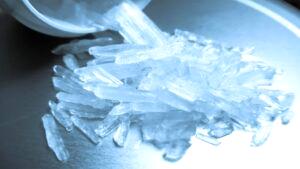 The National Drug Law Enforcement Agency (NDLEA) said it is committed to clamping down on the consumption of methamphetamine, popularly known as mkpurummiri, noting that the consequences on mental health are worrisome to the society.

Mr Isah Adoro, Commander of NDLEA, Ebonyi Command, made the remarks during a one-day security sensitisation campaign, organised by the National Orientation Agency (NOA) on Tuesday in Abakaliki.

The programme is tagged, “the Implementation of National Security Sensitisation and Re-orientation Programme against Political Thuggery, Kidnapping, Drug Addiction, Radicalisation and Violent Extremism.”

Adoro, represented by Mr Owunwa Ibezim, Assistant Commander, Training, NDLEA in the state, said the Agency decried the consequences mkpurumiri has on mental health of people, especially the youths, who are the leaders of tomorrow.

He noted that mkpurummiri is a very dangerous illicit drug, adding that the addiction is hard to treat because…

Ugwuanyi receives Haitian delegation in Enugu, as they trace their roots to Igboland