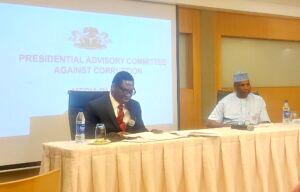 The Chairman Presidential Advisory Committee Against Corruption (PACAC), Professor Itse Sagay has said that some milestones have been reached in the fight against corruption, noting that there is a lot of work still to be done to rid Nigeria of corruption.

Speaking during a media parley organized by PACAC yesterday in Lagos, Sagay stated that “Given the level of corruption in the country since the beginning of the Fourth Republic in 1999, the impunity of State actors and the very poor record of convictions for corruption and the lack of recovery of looted resources, the need to beef up the anti-corruption capacity of the Government became inevitable”.

He commended President Muhammadu Buhari’s led administration for the political will exhibited in fighting corruption.