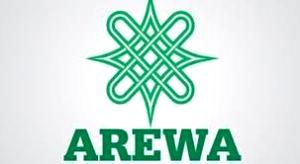 The leadership of Arewa Concerned Civil Society Organisations of Nigerian (ACCSON) has said that in the interest of fairness and equity, the Presidency in 2023 should go to the Southeast since the has turned into a human abbattoir under the incumbent administration.

The ACCSON frowned at a statement purportedly credited to one Alhaji Yerima Shettima, President of Arewa Consultative Youth Forum, saying that “It is too late for the 2023 Presidency to be zoned to the southeast”.

This was contained in a statement signed by Comrade Abdulsalam Mohammed Kazeem, Spokesperson,Arewa Concerned Civil Society Organisations of Nigeria (ACCSON).

ACCSON, umbrella body of over 40 CSOs, youth , students and women groups in the North, said it considered the said statement as a reckless one devoid of reason, empathy, and fairness.