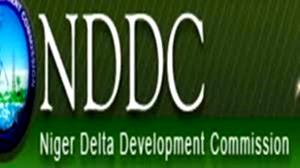 A prominent northern leader, Alhaji Musa Saidu has again called for the urgent inauguration of the board of the Niger Delta Development Commission, NDDC, saying the delay was generating tension in the region.

Alhaji Saidu who is the leader of Arewa in the South and former aide to Late Chief  Harold Dappa Biriye also lashed at some youths under the aegis of Niger Delta Progressives Movement, NDPM, who poured encomiums on the Minister of Niger Delta, Senator Godswill Akpabio for launching a Strategic  Implementation Work Plan for his Ministry, dismissing them as political traders.

Saidu said it was unfortunate that some youths would come out at this time to shower praises on the Minister at a time the region was condemning his delay in constituting aboard for the NDDC.

“I am not sure they are Niger Delta youths. At a time the region is bitter over delay in constituting aboard for the NDDC some youths…