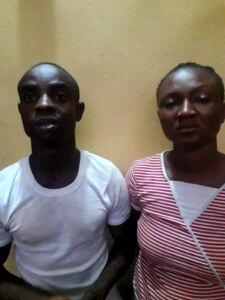 This was contained I’d a statement by the command image maker, Abimbola Oyeyemi, and made available to newsmen in Abeokuta, the state capital.

Oyeyemi said the pastor and his wife were arrested, following a complaint lodged at Adatan divisional headquarters by the victim.

She reported that, while she went to the church for choir practice, the pastor’s wife called her and told her to go and meet the pastor in their room because the pastor wanted to send her on an errand.

She stated further that as soon as she got into the room, the pastor’s wife locked the door from outside, consequent upon which the pastor…