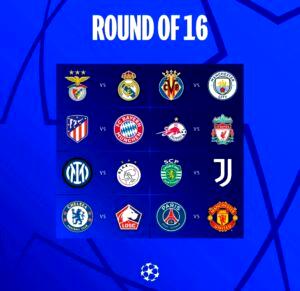 Manchester United will face PSG in the UEFA Champions League Round 0f 16 according to the draws held on Monday.

PSG, 2019 finalists and United last met in the group stage of last year’s edition and will square up again in what is the toughest fixture of the round.

The post Champions League Round of 16: Man United get PSG in top of pile clash appeared first on Vanguard News.