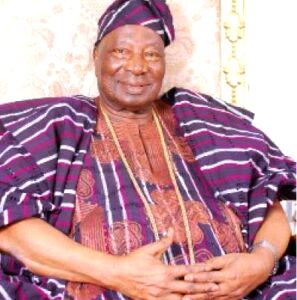 Governor Kayode Fayemi of Ekiti and his Ondo State counterpart, Oluwarotimi Akeredolu, have expressed sadness over the death of Oba Jimoh Oyewumi Ajagungbade III, the Soun of Ogbomosoland.

The two governors expressed their condolences in separate statements they issued on Sunday and made to newsmen in Ado-Ekiti and Akure respectively.

Fayemi, who is the Chairman of the Nigeria Governors Forum (NGF), described the death of the first class traditional ruler as a great loss.

He described late Oyewumi as a progressive traditional ruler, who worked tirelessly for the development and peace of his kingdom during his lifetime.

According to him, the late Oba Oyewumi brought grace, candour, reverence and dignity to the ancient throne he occupied for 48 years and made his town a centre of attraction in culture and tradition.

Fayemi, also hailed the peacebuilding efforts of the late oba and his contributions to the unity of Nigeria at the…