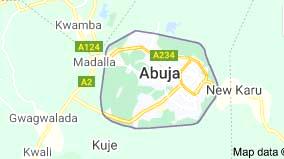 The new district is expected to gulp ₦117 billion from the private sector as investment in primary infrastructure while attracting further sums to deliver the unique developments of the district.

Speaking at the flagging off, the Managing Director of Gwagwa Construction Ltd, promoters of the project Muktar Sale, said that Gwagwa District, aptly coined Abuja Midtown, stretches out over an area of 841 hectares within the green heart of Nigeria’s capital city.

According to him, “Bringing a new dimension to urban life in the capital, Abuja Midtown will offer diverse homes and jobs for more than 100,000 people. “