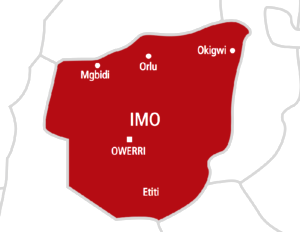 The corpse of the murdered Imo monarch of Ihitte Ihube in Okigwe Local Government Area of Imo state, Eze Paul Ogbu, who was kidnapped last Sunday, and 9 others have been evacuated from the dump pit of the kidnapper’s den.

Vanguard gathered the evacuation exercise was conducted on Friday by the Imo state government at the dungeon of the kidnappers located at Nkwerri Uda community in Orsu Local Government Area of the state.

Also, the body of the youth leader of Ihitte community in Okigwe, Victor Chukwuemeka Osueke who was abducted alongside Eze Ogbu, was among the corpses evacuated.

“There are corpses you cannot identify and that was the end of it. We don’t know who they are. Their families may are looking for them for so many months. What we got, for now, are 10 bodies. Who knows what it will be tomorrow,” they said.

Even the son of the murdered…