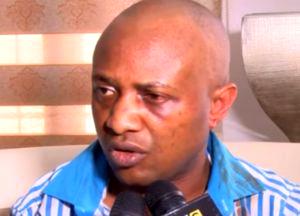 A businessman, Mr Sylvanus Ahamonu, on Friday narrated before an Ikeja Special Offences Court, how he was allegedly kidnapped, tortured and made to pay $420,000 ransom by alleged kidnap kingpin, Chukwudimeme Onwuamadike (alias Evans) and his gang members.

The News Agency of Nigeria (NAN) reports that Ahamonu, gave evidence online via the Zoom App, as the third prosecution witness in the trial of Evans and a dismissed member of the Nigeria Army, Victor Aduba.

When the witness was asked to identify Evans, who was standing in the dock alongside Aduba, he said, “I know him, that is Evans.”

He, however, was unable to identify Aduba.

Led in evidence by Lagos State counsel, Mr Yusuf Sule, Ahamonu said his ordeal began in the evening of June 23, 2014, while he was returning his residence from work, in his car.

He said his driver was waylaid by two or three men in police and military uniforms, who claimed to be men of the defunct Special Anti-Robbery Squad…