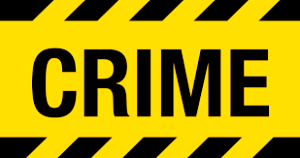 A man suspected to be a thief has been found dead under a parked vehicle at a mechanic workshop in Ago Egun area of Idiroko border in Ipokia local government area of Ogun State.

The yet-to-be identified man was reportedly seen under the vehicle with a hydraulic jack and spanners, fuelling speculations that he was about removing some parts of the vehicle when he died.

The cause of the death could not be ascertained as at the time of filing this report.

However, it was rumoured that the jack he used in lifting the vehicle failed and the vehicle fell on him, leading to his death.

The Commander of the Ogun State Government-owned So-Safe Corps, Soji Ganzalo, confirmed that the Idiroko Division of the Corps reported that, “while on routine patrol, a dead body of a man suspected to be on a theft mission was found with an hydraulic jack and and some set of spanners.”