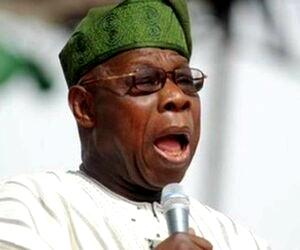 The Save Nigeria Movement has accused former President Olusegun Obasanjo of inflaming passion and raising tension in the country through his recent statements.

The group made the accusation at a press briefing in Abuja on Thursday, December 2021, urging the former president not to jeopardize the security of the country.

Addressing journalists at the briefing, Rev Solomon Semaka, Convener of the Save Nigeria Movement, alleged that Obasanjo has decided ”to embark on another round of divisive consultations conversant with his character.”

”Media reports further indicate Obasanjo plans to co-opt past heads of state, traditional rulers, religious leaders, and some respected elder statesmen among which is a former federal commission, Pa Edwin Clark into the massive drive to divide the country.