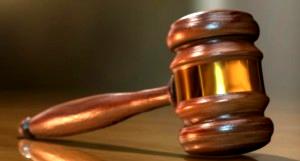 A 36-year-old man, Ojo Olowoyo, was on Friday arraigned at an Osogbo Chief Magistrates’ Court for alleged manslaughter.

Olowoyo is facing a five-count charge bothering on: manslaughter, dangerous driving and malicious damages. He, however, pleaded not guilty to the charges.

The prosecutor, Insp Jacob Akintunde, told the court that the defendant committed the offences on Oct. 12 at PZ area, Station Road in Osogbo.

Akintunde also told the court that Olowoyo drove a SEQUA Jeep in a dangerous manner that led to the death of one Eluyera Victoria, and also inflicted injuries on others.

The prosecutor said the amount of items damaged in the three shops during the incident was worth N629,000.

He said that the offences contravened…