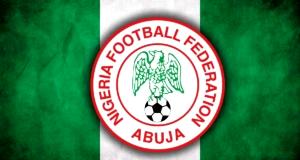 It is still unfathomable that the Nigeria Football Federation still keep faith in disgraced coach Salisu Yusuf and underperforming Paul Aigbogun. They do not deserve to handle the national team.

Salisu Yusuf has been head coach of the team since Rohr’s reign. For the period he handled the team, apart from winning a silver medal in 2017 CHAN in Morocco, the coach has not had any significant impact on the fortunes of the teams, particularly Super Eagles Team A.