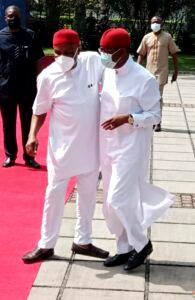 The celebration of the life and times of the late author of Akpakaland and Iredi War was held at All Saints’ Anglican Church, Mbiri, Ika North East Local Government Area of the state.

The late Prof. Ukala was an emeritus Professor of Theatre Arts and Drama at the Delta State University, Abraka.

Until his death in September, he was a member of the Delta State Advisory and Peace-Building Council and also a member of the Project Implementation Committee for the establishment of three new universities in the…