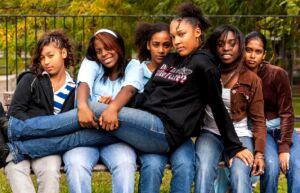 After the widely published experience of Cynthia at the hands of her Facebook predators about two years ago which eventually led to her gruesome death in a hotel room thousands of miles from her residence, a lot of shocking facts have emerged about the atrocities people commit online.

In a devastating book released about a year ago, Choe Combi highlighted cases of teenagers who she interviewed for her book, who are caught in the webs of internet usage gone wild.

Rachel, she reported, “is a bright, pretty 17-year-old who wants to study medicine. She has lots of friends and when they can slip or charm their way past the watchful bouncers of bars, they like to drink cocktails and enjoy being nearly grown-up.

“She gets on with her parents and younger brother and her teachers praise her. Once a week, usually Sunday night, she performs solo sex acts on camera for a man she has never met called David.

“After talking to her online for about three…