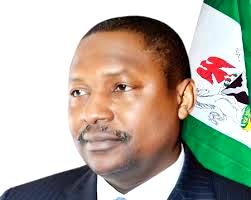 ABUJA–Barely a week to the commencement of a new year, the Attorney-General of the Federation and Minister of Justice, Mr. Abubakar Malami, SAN, on Saturday, disclosed that his office received a total of 18,388 mails from January 2 to  December 24, 2021.

The AGF, in a statement that was signed by his Special Assistant on Media and Public Relations, Dr. Umar Gwandu, said the number of mails he treated within the outgoing year, increased by 4,661, compared to 13,772 mails he received in 2020.
He revealed that the mails were sent to his office by government agencies, law firms, private individuals, as well as Civil Society Organizations.

“A point of interest associated with the volumes of the mails treated is the fact that in addition to the quantum, enormity  of the mails received and treated,  the opinions, decisions and actions of the…