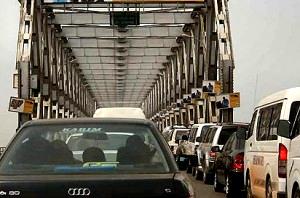 THE gridlock on the Niger Bridge is always a source of worry for motorists and commuters travelling from the South West and South South states of Delta and Edo and those from the Eastern part to the South West.

It becomes nightmarish during festival periods as Christmas when many families travel home to meet their loved ones. It is usually not a pleasant experience   as in some instances some families  stay a day or two trying to cross the bridge of less than a kilometer.

Unfortunately, this is the only route for now that connects the East to the West. And the Igbo of the South East are known to usually travel home with their families during festival periods like Christmas, New Year, Easter and New Yam festivals, making the already busy bridge busier. This is Christmas period and the nightmare is expected.